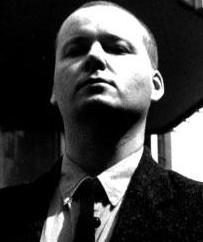 STEWART HOME was born in south London in 1962. After working in a warehouse when he was 16, he decided never to hold down a day job again. He gained notoriety as the man behind the Art Strike of the early 1990s and after dabbling in rock journalism, he now concentrates on writing novels and social commentary.

“I really don’t think anyone who is at all interested in the study of literature has any business not knowing the work of Stewart Home.” – London Review of Books

“An author with a deranged, subversive grip on literary form and an envious skill for describing harsh landscape sparingly and beautifully.” – The Times

“Makes Will Self’s writings read like the self-indulgent dribblings of a sad middle-class Oxbridge junkie trying to sound hard.” NME

“Home is reconfiguring books as explosive elements – pages so stuffed with ideas that they might go off in your hands.” Ben Slater, The Independent

NOVELS BY STEWART HOME (published by The Do-Not Press)