Carol Anne Davis talks about the tragedies behind Kiss It Away.

Ben leaves his girlfriend’s flat after a row but on the way home he’s raped by a knife wielding stranger. Suddenly he has concerns about his health and fears about his sexual identity.

Anyone who has known a male rape victim understands the damage that this violation does. One of my adult friends was raped when he was thirteen by a paedophile who was also a teacher at a local school. The man met the boy in a fish ‘n’ chip shop and gave him coins to play the fruit machines. After an hour or so of this he also bought him food and cola and chatted to him about his hobbies. At the end of the evening, the teacher casually mentioned when he’d next be passing the shop. After another few similar meetings he invited the boy back to his house for beer and cigarettes, adult pleasures which the teenager actively longed for. These drinking sessions became regular events which soon led on to anal sex.

My friend was very confused about this statutory rape. On the one hand, he was often left alone so he valued the attention which the paedophile gave him. Yet he saw himself as strictly heterosexual so was unhappy with the sex. Unable to resolve this, he continued to drink vast quantities of beer and by his late teens was a fully fledged alcoholic who continually asked his girlfriends to digitally penetrate him.

Sadly, for most boys and men, rape is even more unexpected and nauseatingly brutal. Everywhere from a quiet car park to a deserted side street can become the scene of such a sexual assault. The target can be of any age, sexual orientation, class or fitness level: he just has to be in the wrong place at the wrong time.

Yet many men are convinced that they can never become a victim. Some suggest that they aren’t at risk because they are strongly built – but there have been instances where gangs have chosen the largest man they can find to set themselves a challenge. Others believe that only gay men are raped but I’ve found numerous cases where heterosexual men were sexually assaulted, sometimes in macho settings such as a gymnasium changing room. 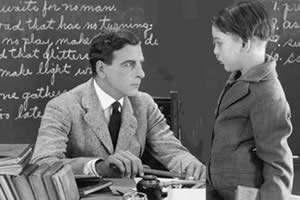 Several crime fiction reviewers have picked up on the fact that Nick, the rapist in Kiss It Away, is a fitness fanatic who uses anabolic steroids and they’ve suggested that this leads to his downfall. But the reality is that fanatical body builders often start off with a personality disorder which makes them aggressive and self-obsessed. Nick has raped both men and women before taking steroids and continues to do so at an escalating rate. Like many serial killers (for his rapes soon escalate to murder) he’s pansexual and will sexually assault anyone who gets in his way.

Considering the worldwide prevalence of male on male rape, it’s rarely discussed in the media. The public prefer to ignore the topic or laugh at it – the actor who played the rape victim in Deliverance is still mocked by morons to this day.

We have a long way to go before this hate crime loses its taboo rating and is fully recognised. Male rape was only classified as an offence in England in July 1994. Prior to that the legal definition was buggery which carried a lesser sentence than female-victim rape.

Here’s a video from Huffing Post Live about male rape: