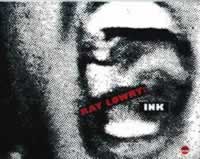 A unique collection of cartoons, strips, illustrations and words from Britainÿs foremost cult cartoonist, illustrator and satirist, with introductions from the author.
Ray Lowry: Ink is a unique collection of strips, single frame cartoons and word-play, drawn from a career spanning almost 30 years of contributions to periodicals as diverse as Oz, Punch, The Guardian, The Big Issue, The Face and NME.

Each section is introduced by the author, recognised as one of Britain’s most original, trenchant and uncompromising satirists, and many contributions are original and unpublished.

Ray Lowry’s cartoons and illustrations first appeared in the underground press of the late 1960s, before he rose to greater obscurity with regular appearances in Punch, Private Eye and Mayfair (the magazine). For many years he was the weekly cartoonist for the NME, contributing cartoons, strips, illustrations and begging-letters; he toured with The Clash, and designed their landmark London Calling album cover. Since then he has worked regularly for The Guardian, Observer, Spectator, The Oldie and Loaded.

Ray Lowry has recently illustrated a harrowing account of his life on the road with The Clash, designed the cover of Elvis – The Novel and is one third of the infamous West Texas Triangle.